Amazfit Smartwatches to the Test: T-Rex Pro and GTR 2E

GPS smartwatches with fitness trackers are becoming more and more popular with those who do... 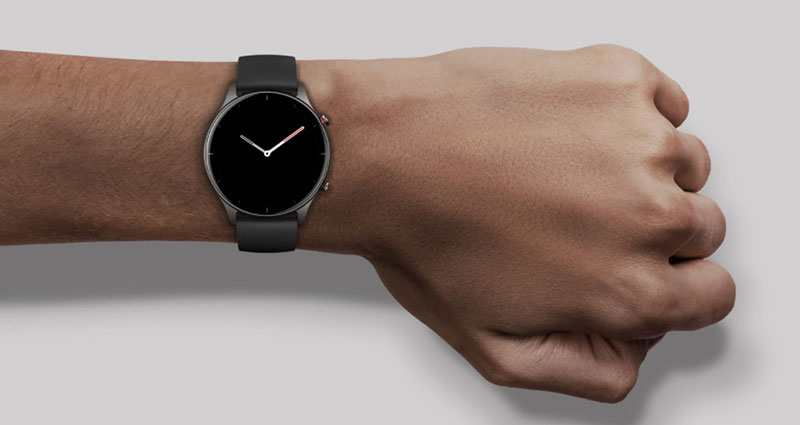 GPS smartwatches with fitness trackers are becoming more and more popular with those who do sports, as the targeted training can be better coordinated and understood using the practical wearables and their functions. One of the big players in this segment is the Chinese manufacturer Amazfit, which has currently not only launched the new "T-Rex Pro", an extremely robust and potent device, but also elegant models such as the "GTR 2e" in leads his portfolio. We took a closer look at the two smartwatches.

Related Amazfit Plans to Launch Smartwatches with ECG and Blood Pressure Monitoring in the U.S.

After the popularity of its previous version, Amazfit is pushing the second generation of its outdoor series with the “T-Rex Pro” smartwatch, primarily expanding the functional scope.

T-Rex Pro proudly roars to the world “Let's get out into nature” and in this respect also keeps what it promises.

Like the first T-Rex, the Pro version with the metal-sprayed plastic outer bezel makes a comparatively bulky impression, but it also conveys the robustness that one expects from an outdoor smartwatch. Despite its low weight of just 600 grams, the T-Rex Pro has passed a total of 15 endurance tests according to military standards. That’s three more than the previous model.

According to Amazfit, the T-Rex Pro can withstand extreme temperatures of +70 to -40 degrees Celsius, ice, and freezing rain. Even 240 hours in moisture or 96 hours in salt fog cannot harm the watch. Thanks to the 10 ATM water resistance, you can even dive 100 meters deep with it and it is shockproof anyway. In short: You can take the T-Rex Pro with you into the jungle, the desert, the sea or on climbing tours with a clear conscience.

The high-contrast 1.3-inch HD AMOLED screen is able to regulate the brightness using a sensor, which works quite well in practice. If you activate the always-on function, dials or the time in numbers (depending on the dial design selected) always remain darkened until you activate the display by lifting your arm or pressing one of the four buttons. Tapping the screen is not enough, reports MANN.tv.

Other functions include a step counter, calculation of calorie consumption, regular heart tracking, sleep monitoring, stress measurement, the company's own PAI (Personal Activity Intelligence), which summarizes your sports activities and the daily measured data in a numerical value, and of course sports tracking.

Amazfit has properly upgraded the T-Rex Pro. While the old T-Rex had only 14 sports to be recorded, the Pro now has over 100. The Pro is able to automatically recognize eight of the sport modes based on your activity. However, this function significantly reduces battery consumption and is therefore initially deactivated at the factory.

The T-Rex Pro now uses four, instead of just two, global navigation satellite systems, which enables a high level of accuracy in terms of positioning in any terrain. In addition, there is the new barometric altitude sensor, from which you can read air pressure and altitude, as well as a SpO2 sensor, which measures the oxygen saturation in your blood but is expressly not to be understood as medical expertise.

The compass, the pleasantly vibrating alarm clock, and the extremely useful "phone search function" should not go unmentioned, with which your misplaced smartphone makes a sound that can hardly be ignored.

Now, the battery life. According to the company, the battery gives you "18 days of activities and progress with typical use or up to 9 days with heavy use". In practice, we actually just barely reached the 18 days, but only when it was not used for several days. From a purely mathematical point of view, nine days under constant stress seem somewhat utopian to us.

The Amazfit T-Rex Pro is available in the colors Meteorite Black, Desert Gray, and Steel Blue either under this link from the manufacturer itself or from Amazon at a price of 169.90 euros.

GTR 2e is for those who prefer a more discreet watch. This is a slightly slimmed-down version of the GTR 2, which is also a bit slimmer in terms of price and promises a considerable battery life.

At first glance, the slim and elegant design is convincing, which dispenses with a border around the 1.39-inch AMOLED HD screen and ends with curved glass. In terms of quality, the display leaves a similarly valuable impression as the T-Rex, but even comes with a better resolution and significantly more dials to choose from. It is even possible to include your own images as a background.

The battery should last up to 24 days and with intensive use, it’ll last 12 days. If you only use the clock to check the time from time to time, it should even last a full 45 days. As with the T-Rex Pro, it is charged via a USB cable with a magnetic end that you simply attach to the back of the watch.

The watch has a 24-hour heart rate monitoring with an optional warning in the event of deviations, blood oxygen, and stress level measurement, sleep analysis, and the PAI health assessment system. It also has an alarm clock, stopwatch, step and calorie counter, and a relatively pointless temperature sensor. In connection with the smartphone, you can also check the weather and incoming messages, control the music, and display all the data collected in the Zepp app.

All in all, the range of functions is, as expected, less than with the T-Rex Pro, the water resistance is only half of 5 ATM (which is still as tough as the first T-Rex) and the GTR also has to be used in terms of operation 2E can manage with two fewer buttons, which, however, has not shown any significant disadvantage in practice. The still high, but still slightly smaller selection of sport modes, which we personally missed rowing, for example, weighs a little more heavily.

According to Amazfit, the operating repertoire also includes an offline voice control function that works even without a connection to the smartphone, but currently only works in English. The integration of Alexa should follow via update.

Related Huami Amazfit Ranked No. 1 by Shipments in Spain, Indonesia and India

Nevertheless, the GTR 2e presents itself as a high-quality and stylish smartwatch, which, in contrast to the GTR 2, looks amazingly good on the diet. The advantages in terms of battery life and price make up for the lower range of functions. At a comparatively moderate price, the GTR 2e is definitely a reliable and extremely durable companion.

The Amazfit GTR 2e is available in the colors Obsidian Black, Slate Gray, and Matcha Green either under this link from the manufacturer itself or on Amazon for 129.90 euros. InteliCare Launches Remote Health Monitoring Through Wearables For The Elderly 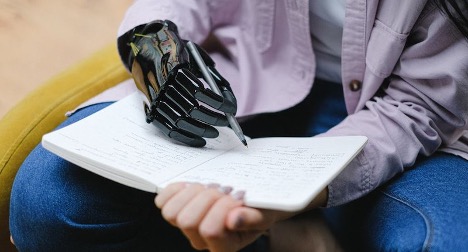 How Wearables Can Enhance E-Learning

Wearable technology is now being widely used as a learning tool. Wearables are transforming how...